Like this photo? Help Jane Larsen raise the most money for Sofia Bekatorou and win the Sofia Bekatorou Challenges you to join HER TEAM and #wearyourcrown♥ for a chance to win an original painting worth $5,500! Here's how:. Donate today!

Jane Larsen performed this challenge in support of 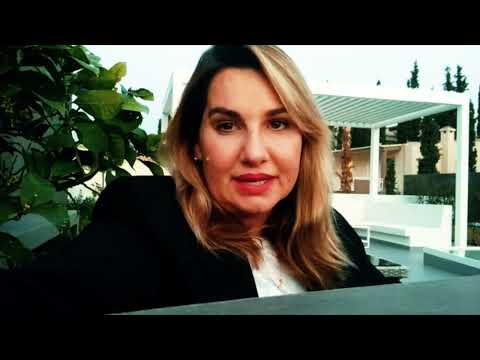 Sofia Bekatorou challenges you to #wearyourcrown♥ and raise funds for S. O. F. I. A.'s support of Humanitarian Efforts to Support Ukrainian women and children for a chance to win an original painting worth $5,500!

About Sofia Bekatorou: Sofia is a Greek sailing champion, with four World Championship titles and three European titles. She was twice named World Sailor of the Year. In recognition of her accomplishments, she was given the rank of major in the Hellenic army. An Olympic Gold Medalist in the 2004 Summer Olympics, a Bronze medalist in the 2008 Summer Olympics, the first female flag bearer for Greece in the history of Summer Olympics at the 2016 Olympic Games in Rio.

Sofia Bekatorou is a true leader, breaking her silence which accelerated the Hellenic #MeToo movement, #MeTinSofia, after revealing a sexual harassment and abuse involving a top sports official. She is a fierce advocate and supporter for women finding their inner strength, power and voice to make change not only in Greece but for women around the word.

What are my donations supporting? S.O.F.I.A is the acronym of Successful Options for Individual Awareness and as a project aims to empower and support survivors of all kinds of abuse. Now more than ever Ukranian women and children need support and S.O.F.I.A. is collaborating with NGO's to help women and children with support and sort out practical issues that they face while they are displaced from their homes in the Ukraine.

The S.O.F.I.A project is run by Blue Ribbon which is a nonprofit organization in Greece.

Are you ready to use your power help Sofia and join the challenge?
The #wearyourcrown♥ challenge is the perfect way to raise money for a good cause while using your unique voice, your own crown, to uplift and help other women. It is our collective power that can change the lives of so many!

Join the challenge!
Upload a photo, video, story or reel showing how YOU #wearyourcrown♥, then donate and share it on your social media. Everyone who donates is entered to win amazing prizes, including the GRAND PRIZE, an original painting inspired by Ramona's Urban Queen Collection as shown on this page! Get creative, have fun, tell your friends and share your link to raise money for a good cause! Get in the vibe, call your tribe to join you in this challenge- It will be amazing- Join NOW!

Click "join the challenge" button, upload your unique photo, story, reel or TikTok video showing how you wear your crown and share it on your social media to raise funds for S. O. F. I. A.'s support Humanitarian efforts for Ukrainian women and children for a chance to win an original painting worth $5,500!

Here are some ways to GET CREATIVE and join the challenge!

All proceeds raised by the Sofia Bekatorou team on her page go to support the work of S.O.F.I.A is the acronym of Successful Options for Individual Awareness and as a project aims to empower and support survivors of all kinds of abuse.

Are you ready to empower women around the world? Join Sofia Bekatorou's team, get your friends involved and show your collective power and #wearyourcrown♥ today!

Great prizes are up for grabs!

With every donation your photo/video/reel gets the more you are entered in the chance to win some awesome prizes!

GRAND PRIZE: One lucky person will win the original Urban Queen painting "Bravely Rooted in Strength" worth $5,500. This Urban Queen commands attention as she stands for bravery, strength, and solidarity with women around the world. Urban Queen Painting Details: 100 x 120 cm mixed media on box canvas and comes with a certificate of authenticity signed by the artist. *Total Donations must exceed $5,500 for prize to be awarded Jayshree Mallaya over the walls together $437.00 Raised so far
Visit the competition